Happy Saturday everyone! It seems like its going to be a nice day and I have to work at 2pm. Booo. Oh well, better than being a zombie on the midnight shift. Anyways....I just wanted to post today because the world has avoided another predication of the End of the World.  *sighs* Why bother announcing the date that the world will end because in the end you will always end up either the bad guy or the idiot. Why do I say that? If you are right everyone dies and you are the bad guy that jinked us. If you are wrong you are going to look like an idiot/fool. No more predications! I beg of you (and you know who I'm taking to)! 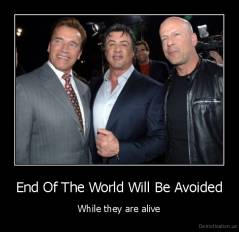 ANYWAYS, I just wanted to thank Lieder Madchen for awarding me the Liebster Blog Award. *sniff sniff* I'm so honored to win an award. I never win any awards. I'll soon have my list of winners in the next few days. It'll be hard to only pick 5 *chews lip*.
If you're wondering what this award is all about, I'll tell you....it awards good blogs that only have 200 or less followers. It gives these baby blogs some sunlight and love. Just like a baby tree in the forest (mind me, I just woke up). Well, once you will this from a fellow blogger, you do the honors and award 5 other blogs you think deserve this award.

ANYWAYS, now I'll share some events that happened on today's date, because since the world survived again, it's time to appreciate a little world history:


~My favorite gangster, Pretty Boy Flloyd, is killed by the FBI in 1934 *sniff sniff*


~The first parachutist uses the parachut, 1797


Well, I hoped you liked today's little history reminder. Have a great weekend you guys!

Email ThisBlogThis!Share to TwitterShare to FacebookShare to Pinterest
Labels: End of the World, Liebster Award, News, Songs and Stories, today in history

Goldblum is that old? Oh when did that happen

Congrats on your award :D

hahaha yeah. I didn't think he was that old either. Huh he looks pretty good for his age. And thanks! I was super surprised!