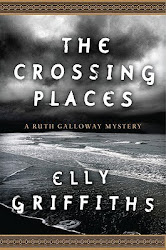 I do not read many mysteries, or thrillers (not counting historical), so when I was recommended this one I just did not know. But then I picked it up, and then I binged it.

Ruth is 40, an archaeologist. Lives with 2 cats. And likes her life just as it is. Then a cop shows up asking for her help with the remains found in an henge. Two girls are missin

And Ruth was perfect, I liked how she helped solve the murder, I'd love this as a tvshow btw. She doesn't always make the best decisions, but that makes her human.

Good mystery too. I had my suspects, and I was pretty good this time around.

Final thoughts: Yes, I would totally recommend it

Forensic archaeologist Dr. Ruth Galloway is in her late thirties and lives happily alone with her two cats in a bleak, remote area near Norfolk, land that was sacred to its Iron Age inhabitants—not quite earth, not quite sea. But her routine days of digging up bones and other ancient objects are harshly upended when a child’s bones are found on a desolate beach. Detective Chief Inspector Nelson calls Galloway for help, believing they are the remains of Lucy Downey, a little girl who went missing a decade ago and whose abductor continues to taunt him with bizarre letters containing references to ritual sacrifice, Shakespeare, and the Bible. Then a second girl goes missing and Nelson receives a new letter—exactly like the ones about Lucy. Is it the same killer or a copycat murderer, linked in some way to the site near Ruth’s remote home?

Awww I'm glad you had a good time with this.

Oh nice! I should try!

Carole
I am addicted

Melliane
They are fun!