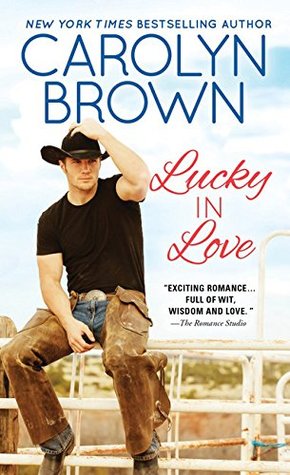 When hunky rancher "Lucky Beau" Luckadeau accuses spitfire Milli Torres of stealing his prize bull, she promptly shoots at him, triggering a feud that only gets resolved when they discover they share a steamy hot memory from a night long ago.

It was a night of passion that has always haunted Lucky. The mysterious beauty he seduced at a cousin's wedding disappeared. He's always been lucky at cards, lucky with cattle, and lucky with land, but he's never been lucky in love.

Now Milli Torres has come to southern Oklahoma to help out on her grandfather's ranch. A cut fence and a big, mean Angus bull in the pasture are bad enough, but then she looks up and sees Beau Luckadeau. Great God Almighty, how did he get from Louisiana to Ardmore, Oklahoma, and what in the hell is she going to do if he recognizes her?


I really like the author's work so I was giddy to start this. Well...ya.

The story follows Beau and Mili. They had a one night stand a long time ago while he was drunk as a skunk because his heart was broken. Mili wasn't drunk but didn't care because her heart was broken. A year or so later Mili is back to help take care of her grandpapa and his ranch. Beau doesn't remember Mili but Mili remembers him. She has a big secret but she's not telling Beau because 1) He doesn't even remember so who cares and 2) he is engaged.

I wanted to smack everyone. EVERYONE. They are all dumb. Big fat dummies.

First, Mili. You are horrible. Beau has the right to know and you totally used him that night. Sure he was using you too, but you need to come clean and give him a chance. You are a selfish, spoiled brat.

Second, Beau. You are an idiot 100%. How can you be so blind to everyone? You are not "unlucky" in love. You are just dumb.

Third, Amanda (Beau's GF). You are horrible too. Using Beau. How dumb can you be to tell everyone you just meet that you only want Beau's money and that you want to sell everything and you are going to change Beau to be a city slicker and then divorce him? WHAT IS WRONG WITH YOU!!!!!!!?????

Fourth, the entire town. YOU KNOW AMANDA IS HORRIBLE AND YOU SAY NOTHING. Yes, yes, love is blind, but you know she only wants Beau's money. Not from assumption. No, no but because she flat out told you she doesn't even like him and wants his money and to sell his ranch when they get married. Terrible people.

One positive...I like the narrator! I believe I had listened to stuff from him in the past. He is good, but even he couldn't keep me hooked.

I love this author. I do, I really do. This though? I couldn't finish it. I was so darn mad. Maybe someday I'll try it again, but I just couldn't do it. I know they will work it out and Mili and Beau will find each other, but it was too much dumb floating around for me to handle. DNF. 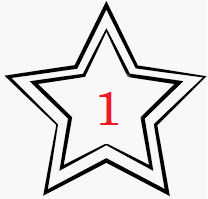 Nooooooo! But I love her, but also, to be fair, I have not read her earlier stuff

I knooooow! I was all shocked! But alas, it wasn't the writing it was the characters

LOL, you got farther than I did. I DNF'd it not long after learning she wasn't going to tell him about his kid now that she knew where he was.

I do love Carolyn Brown's books, but not this one. Oh, and I skipped the other secret baby one she released last year b/c I figured I wouldn't make it far in that one, either. She's got so many wonderful ones that I don't mind. :)

hahaha too funny. I wanted to shake her because of that. Not every one can be a hit I guess!