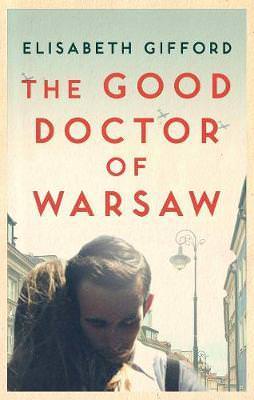 Deeply in love and about to marry, students Misha and Sophia flee a Warsaw under Nazi occupation for a chance at freedom. Forced to return to the Warsaw ghetto, they help Misha's mentor, Dr Korczak, care for the two hundred children in his orphanage. As Korczak struggles to uphold the rights of even the smallest child in the face of unimaginable conditions, he becomes a beacon of hope for the thousands who live behind the walls.

As the noose tightens around the ghetto Misha and Sophia are torn from one another, forcing them to face their worst fears alone. They can only hope to find each other again one day...

Meanwhile, refusing to leave the children unprotected, Korczak must confront a terrible darkness.

Half a million people lived in the Warsaw ghetto. Less than one percent survived to tell their story. This novel is based on the true accounts of Misha and Sophia, and on the life of one of Poland's greatest men, Dr Janusz Korczak.

If that is a spoiler then you need to read a history book. I knew this would be sad, it was Warsaw! All in all, in Poland 90% of the Jewish population was murdered. The question is more, who will survive. Because some did, even though it is really hard to understand how anyone made it through. And once again I do not understand that hate and madness of mankind. Just because they are Jewish! I will never understand that.

I had never heard of Dr Korczak, (or might have in my studies and forgot). He did his best to protect the children in his orphanage and then to try and feed them as the walls closed in. And take in every child he could. Oh he was a wonderful person filled with hope, what a good man! And those children, so happy to be there with him in those dark days.

The book is also about Misha and Sophia. Misha who works for Korczak, and then he meets Sophia. All she wants is to become a teacher and she loves the ideas Korczak has.

But yes then the war starts. Then the ghetto comes into play. And then the Germans start moving people out.

Still it was not a sad book, I mean obviously it was sad, but it was so filled with hope because of Dr K and his kids. They were the light, while through Misha and Sophia we saw the darker sides.

Conclusion;
A book that should be read so we do not forget.
Written By Carole Rae at 6:00 PM

I want to read this.

It could be interesting!

I almost cried at one point