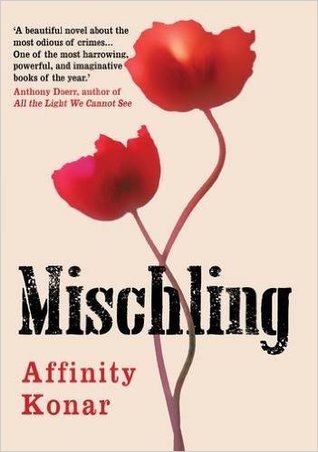 It's 1944 when the twin sisters arrive at Auschwitz with their mother and grandfather. In their benighted new world, Pearl and Stasha Zagorski take refuge in their identical natures, comforting themselves with the private language and shared games of their childhood. As part of the experimental population of twins known as Mengele's Zoo, the girls experience privileges and horrors unknown to others, and they find themselves changed, stripped of the personalities they once shared, their identities altered by the burdens of guilt and pain. That winter, at a concert orchestrated by Mengele, Pearl disappears. Stasha grieves for her twin, but clings to the possibility that Pearl remains alive. When the camp is liberated by the Red Army, she and her companion Feliks - a boy bent on vengeance for his own lost twin - travel through Poland's devastation. Undeterred by injury, starvation, or the chaos around them, motivated by equal parts danger and hope, they encounter hostile villagers, Jewish resistance fighters, and fellow refugees, their quest enabled by the notion that Mengele may be captured and brought to justice within the ruins of the Warsaw Zoo. As the young survivors discover what has become of the world, they must try to imagine a future within it.

"All I owned was breath, really, and a single thought: that the numbers on my arm represented how many times I would have to prove yourself useful in the world in order to remain in it. But even I knew this was untrue, it was the logic of my cage and my keeper, and I had to overcome it."

My thoughts:
I would not say it is sad book, and I think the reason for that is that the twins never give up hope. It might come and go, but they never give up. The book shows the brutal reality that was, the worst of humankind and what evil is. But sad, well, obviously it is sad, people die, people are brutalised, families are torn apart, but the twins get you through it. Hope. Family.

Stasha and Pearl are twins, and arrive at Auschwitz, where Mengele likes to play with humans For a tiny better life they get experimented on. Stasha lives in her dreams and imagination and Pearl gets by by hoping. We meet others there at the Zoo, all experimented on. A Jewish doctor forced to help with the care. A Jewish man taking care of the boy's wing and trying to save as many as he can. We never see those other aspects, the crowded barracks, the gas chambers, the house where pretty women are taken. But the girls know they are there. They hear things. And life is brutal as it is where they are.

The other half of the book is when the Russians come and Stasha sets out to get revenge on the man who took her from her sister. While Pearl  just disappeared.

Conclusion:
It was a good book, it had well-written prose and the story haunts you. Twins that are so close, so different, and just can not function without the other.

And we should never forget.

This sounds super good. Sounds like something that should be a movie for sure.

It would be a good one, but there i would totally cry