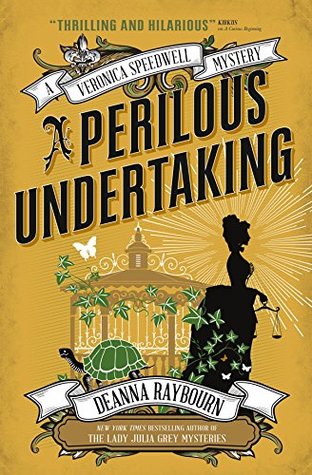 "London, 1887." Victorian adventuress and butterfly hunter Veronica Speedwell receives an invitation to visit the Curiosity Club, a ladies-only establishment for daring and intrepid women. There she meets the mysterious Lady Sundridge, who begs her to take on an impossible task saving society art patron Miles Ramsforth from execution. Accused of the brutal murder of his artist mistress Artemisia, Ramsforth will face the hangman s noose in a week s time if Veronica cannot find the real killer.

But Lady Sundridge is not all that she seems, and unmasking her true identity is only the first of the many secrets Veronica must uncover. Together with her natural historian colleague Stoker, Veronica races against time to find the true murderer a ruthless villain who not only took Artemisia s life in cold blood but is happy to see Ramsforth hang for the crime. From a Bohemian artists colony to a royal palace to a subterranean grotto with a decadent history, the investigation proves to be a very perilous undertaking indeed...."

My thoughts:
We learned some truths about Veronica in book 1, and by that I mean who her father is. *wink wink* In this one she meets another family member. I do like how she does not let it mess with her work. She is a strong independent woman. Also, she does have the right to be pissed at them, but she really is not. She is above it. But sure, it lingers.

A mystery set in a historical setting is always awesome. It just works for me you know. It's the atmosphere and the fact that it's harder to solve the case. It takes more legwork too.

Anyway, I need to get back on point. An artist is accused of killing his muse, so someone asks Veronica to solve the case.

Oh and she and Stoker need to get it on! Soon! But I like him, he is rather prudish at times. His family is something else too. But they are such a good pair, great chemistry.

Conclusion:
It was a nice mystery, I kept thinking I knew who did it, but like always I just suspected everyone so that is kind of cheating ;)