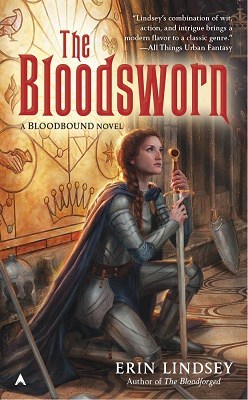 Unbeknownst to most of Alden, Kbloodbinder, is locked away in his own palace, plotting revenge. To save her king, Lady Alix must journey behind enemy lines to destroy the bloodbinder. But her quest will demand sacrifices that may be more than she can bear.
ing Erik, in thrall to a cruel

Meanwhile, as the Warlord of Oridia tightens his grip on Alden, the men Alix loves face equally deadly tasks: her husband, Liam, must run a country at war while her brother, Rig, fights a losing battle on the front lines. If any one of them fails, Alden could be lost—and, even if they succeed, their efforts may be too late to save everyone Alix holds dear...

My thoughts:
I do feel disappointed. Yes, the book was good, but neither this one or book 2 were as good as book 1. That one had promise, but it never got as good.

Alix in this one, well she did her thing.
Liam did not do a lot. I still do not see them together.
Eric, I still think Alix should have been with him, and yes that triangle kept popping up. It got tiresome. It should have been left in book 1 where it was resolved.

There is danger ahead. The army is approaching, and here we really see how this is light fantasy. Epic is was sure not. The final battle is in the very last pages and poof, 5 pages later the end, the battle was over in a few pages. Was there a battle. I do not know. They sure defeated them fast.

Ok so yes I only have negative things to say. But for a reeeeally light fantasy book it was good, a little adventure, some drama. Nothing serious. But it is hanging loose in that 3, that is does. It could have been so much more.

Not a good start to the year D-: