Book Review: Dating Tips for the Unemployed by Iris Smyles 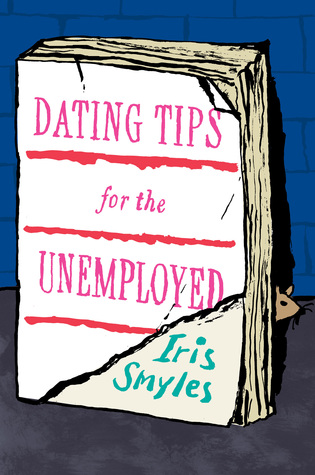 Author: Iris Smyles
Title: Dating Tips for the Unemployed
Genre: Fiction & Humor
Pages: 320
First Published: June 28th 2016
Where I Got It: My shelf (Given to me by the author/publisher for my honest and unbiased opinion)

In twenty-four absurd, lyrical, and louche episodes, “Iris Smyles” weaves a modern odyssey of trying to find one’s home in the world amid the pitfalls and insidious traps of adult life. A wickedly funny picaresque touching on quantum physics, the Donner Party, arctic exploration, Greek mythology, Rocky I, II, V, IV, VI, and III respectively, and literary immortality, Dating Tips for the Unemployed is a wistful if wry ode to that awkward age—between birth and death—when you think you know what you want but aren’t quite sure what you’re doing.

When I read the summary I felt like I had no choice but to read it. It is something different and unique, but with the same message that books like this want to get out: finding yourself and finding where you belong.

Hilarious and sad all at the same time. I loved the main character - Iris. She was a mess as she was stumbling her way through relationships, family meetings, and just life in general. I loved her. I seen a lot of myself in her, so this made it so MUCH funnier! However....I will be honest....it took me about five stories before I realized that this book was centered around the same character. You are probably asking yourself what I am talking about? At first I thought it was different characters, until I re-read the summary and I realized it was the same character.

Why? Well, I think it was because the beginning was jumping around so much. At first the storyline was scattered around so much that I thought it was different people. I finally realized it was still Iris. That is honestly my only compliant. The beginning confused me, because it was jumping years too much.

Other than that, I couldn't put this book down. I simply adored the stories and the characters. Some of her exes needed a slap in the face! Ugh. But sometimes Iris was a total snot and selfish.

In the end, I highly recommend this if you want a story about people stumbling through this silly thing we call life. The characters were fun. The stories were fun. My only compliant is the beginning, because it jumped around too much for my liking. Out of five stars, I stamp this with....mhmmm....4 stars.

I think you persuaded me to give this one a go if I find it - thanks!

Ohh look, Ana is gonna try and read it