Book Review: The Girl in Between by Laekan Zea Kemp 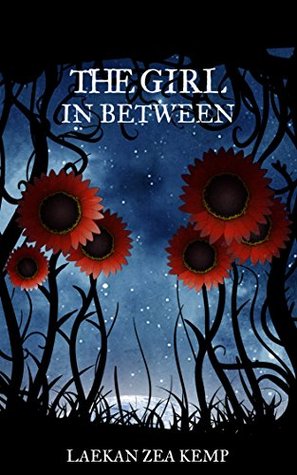 Bryn Reyes is a real life sleeping beauty. Afflicted with Klein-Levin Syndrome, she suffers episodes of prolonged sleep that steal weeks, and sometimes even months, from her life. But unlike most KLS patients, she doesn’t spend each episode in a catatonic state or wake up with no recollection of the time she’s missed. Instead, Bryn spends half her life in an alternate reality made up of her memories. For Bryn, the past is a place, until one day a boy she’s never met before washes up on the illusory beach of her dreams with no memory of who he is.

But the appearance of this strange boy isn’t the only thing that’s changed. Bryn’s symptoms are worsening, her body weakening as she’s plagued by hallucinations even while awake. Her only hope of finding a cure is to undergo experimental treatment created by a German specialist. But when Dr. Banz reveals that he knows more about her strange symptoms than he originally let on, Bryn learns that the boy in her head might actually be the key to understanding what’s happening to her, and worse, that if she doesn’t find out his identity before it’s too late, they both may not survive.


I…..I did not expect anything in this book. Honestly…I did not expect to like this as much I thought I would. This was an Amazon freebie and it seemed mildly intriguing, so I grabbed it. It spent a little time on the back-burner and then I decided to randomly give it a try since it was short and different.

Okay….the story. Bryan (yes she is a girl) is a poor girl suffering from KLS. Never heard of it before myself, so me being me decided research it. It IS a real disorder FYI. There are different levels and of this disorder and Bryan seems to be getting worse and strangely enough have real, vivid dreams which is odd and stumping her doctors. Poor girl is just trying to get through High School, but her disorder makes it fall asleep for X amount of time. Sometimes it can last just a couple of times, but sometimes she loses weeks or months at a time. Scary and that SUCKS! Well - her disorder seems to be getting worse and worse. She’s talking to a random boy who showed up and evil shadows are haunting her in both her dreams during her episodes and now in real life. Oh boy.

The first 20 pages seemed to drag on, but then a certain event changes EVERYTHING and I could NOT put this book down. I had to know who the boy was and if he was even real. Something fishy was going on with the doctors. I especially was rooting for her to snap and kick Drew and her jackass Father who is a spineless and worthless man!

And then….then there was the ending. GAHHHHHHHHHHHH! *shakes fist* WHY MUST YOU BE SO GOOD! I WANT MORE! Sighs…I guess I will be forced to read the next book to see what happens. Haha.

Overall, this was good. An interesting concept and characters. I really want…no need…to know what happens next. I do worry, but I’ll be checking out the second book in the future. The beginning was a little slow, but it did get me hooked and I couldn’t stop reading. I highly recommend this even though it is a YA. WHICH it didn’t feel overly YA, so I am content. Out of five stars, I stamp this with 5 stars. Yes, a 5. I'm still stunned that this turned out to be a 5 star book. 0_0

it's great when you don't expect anything from a book and that in the end you're surprised like that!

Melliane, yes! It was nice to be surprised!

B, surprisingly so. LOL

How nice it is to stumble upon such an interesing freebie on Amazon! You were so lucky!

Ana, I certainly found a gem among for free. :D usually it doesn't end up like that. LOL