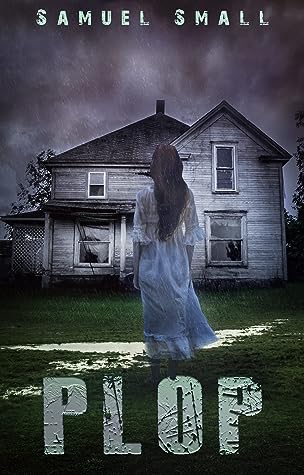 Author: Samuel Small
Title: Plop
Genre: Horror, Short Story, Paranormal
Format: ebook
Pages: 17
Published: March 23rd 2022
Where I Got It: My shelf (Amazon)
Summary:
Every hour, she takes a step.
Review:
Been itching for some spooky horror tales! Found a couple of freebies that fit what I needed! So yayy!
We follow a man that is being...well...haunted by the past and by something a little more sinister.
This was certainly short. We got RIGHT into it. Not a lot of back story or beating around the bush.
This was def really creepy and def a good horror tale to tell around the fire.
Some gruesome bits near the end! I would've liked some more backstory.
4 stars from me overall. 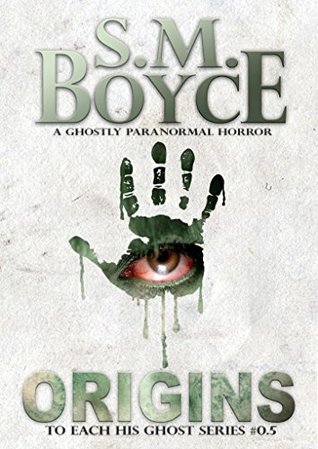 Author: S.M. Boyce
Title: Origins
(0.5 To Each His Ghost)
Genre: Horror, Short Story, Paranormal
Format: ebook
Pages: 25
Published: March 15th 2016
Where I Got It: My shelf (Amazon)
Summary:
Mel has a curse: she can see what’s invisible to most humans. We call them ghosts and demons. She calls them living nightmares.
When she was five, she had her own ghost. A good ghost. She swore to never leave his side, but over time, he scared her. She pushed him away. She broke her promise.
Now well into her twenties, Mel meets her old ghost again. And this time, he’s brought the darkness with him to prove his point…
…you don’t break a promise with a ghost.
Review:
Seen this one while randomly scrolling through the ebooks on Amazon and this fit perfectly for what I wanted. Short...horror-filled.
We follow Mel has a curse that allows her to see ghosts and demons... which most humans cannot see. It has been a living nightmare. It all started when she was five and had her own ghost and has been a good ghost. She made a vow to never his side, but over time he started scaring her so she pushed him away and broke her promise. Time went by and Mel sees her ghost again, but this time he wants vengeance for her breaking her promise.
This was short and def a prequel. Poor Mel. At first, I thought I would be on the ghost's side, but I don't blame her for pushing him away and not wanting to be on his side after he released something on her. *shudders* He released a creature that is literally a nightmare for me so that gave me the goosebumps.
I am curious about the next book! I want more especially with the cliffhanger there. Ooooo!
In the end, I read this by the bonfire and I loved it. If you want a quick horror story that will give you goosebumps, I def recommend this. 5 stars.
Written By Carole Rae at 6:30 PM

I am a horror wuss, but so glad your perusal of the freebies shelf got you some gems.

I like horror at times. Mostly movies and shows though. I do love the cover though.

Sophia, awww there are some horror/thrillers I can't get myself to do.

Mary, I do watch more horror movies and shows over reading horror books.

Awww by the bonfire

I don't do horror, but I'm so happy you found great books that fit the bill!