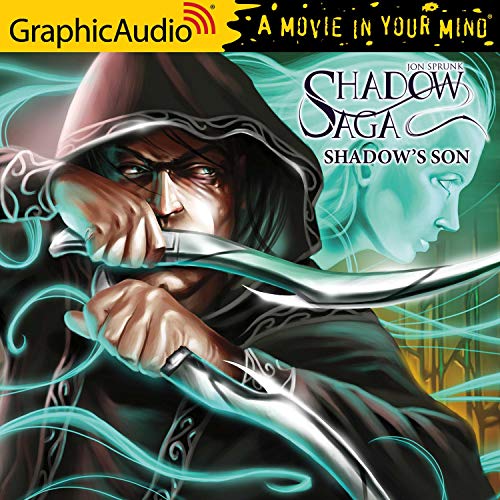 I won an audiobook aaaages ago when I had just read this series. And now I finally found time to listen, and good so, cos so much time had gone by that I had forgotten what would

The audio was really good. It was my first time listening to a full cast book with sounds and music. It really was a movie in your head.

And now I kind of want to listen to more but alas I only have the print books.

In the holy city of Othir, treachery and corruption lurk at the end of every street, just the place for a freelance assassin with no loyalties and a few scruples. Caim makes his living on the edge of a blade, but when a routine job goes south, he is thrust into the middle of an insidious plot. Pitted against crooked lawmen, rival killers and sorcery from the Other Side, his only allies are Josephine, the socialite daughter of his last target, and Kit, a guardian spirit no one else can see. In this fight for his life, Caim only trusts his knives and his instincts, but they won't be enough when his quest for justice leads him from Othir's hazardous back alleys to its shining corridors of power. To unmask a conspiracy at the heart of the empire, he must claim his birthright as the Shadow's Son...

I wish i had all in audio now! Lol