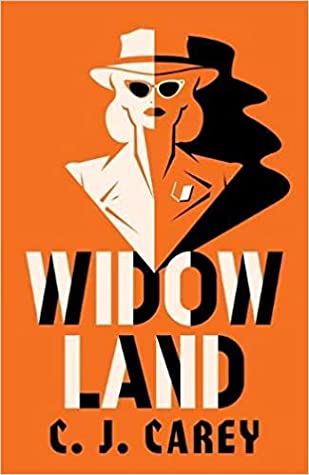 I finished this in a day, so yes I was sick and home and had time, but still, I totally binged.

I really liked what if stories. What if England and Germany had made peace? What if England now had a Protector, the royal family had been killed and they had brought back Edward and Wallis since he was German friendly. What if the UK was totally isolated and they did not know what happened in the rest of the world. And how The UK was this weird place where women was designated titles and worth. Pretty, young and Aryan? First class. A widow, childless and over 50? Low class, shut away in a crumbling part of the city. The best thing you can do is work, then marry and have kids. Many kids. Make-up, bad mouthing the regime and sex outside marriage is not tolerated.

This was a grey brainwashed world. They had all gone through training to forget the Before times. Men who had survived the war had been sent away to labour camps. There were 2 women per every man. Resistance is futile.

And then we have Rosa, brainwashed to not think of the Before times. She edits classics to make them more regime friendly. Not that reading or being literate is encouraged. Like is Pride and Prejudiced good? No, Elizabeth needs to be more quiet and timid, and stay within her class. Everything is edited, from history to literature.

But she does have passions hidden deep, but she keeps them in check. And then she is sent out to interview women in Widowland, and she starts to think again...

I liked it, yes alternative history is so interesting. All those what ifs. The UK turned into a really scary place. So dull and, huh, honestly what I know think of more like Soviet. Grey, mindless drones and everyone spying on you. And then insert evil German ideologies.

And it was so easy to read that I just could not put it down.

London, 1953, Coronation year - but not the Coronation of Elizabeth II.

Thirteen years have passed since a Grand Alliance between Great Britain and Germany was formalized. George VI and his family have been murdered and Edward VIII rules as King. Yet, in practice, all power is vested in Alfred Rosenberg, Britain's Protector. Britain is the perfect petri dish for the ideal society, and the role and status of women is Roseberg's particular interest. Under the Rosenberg regulations women are divided into a number of castes according to age, heritage, reproductive status and physical characteristics.

Rose belongs to the elite caste of Gelis. She works at the Ministry of Culture rewriting literature to correct the views of the past. She has been charged with making Jane Eyre more submissive, Elizabeth Bennet less feisty and Dorothea Brooke less intelligent. One morning she is summoned to the Cultural Commissioner's office and given a special task.

Outbreaks of insurgency have been seen across the country. Graffiti has been daubed on public buildings. Disturbingly, the graffiti is made up of lines from famous works, subversive lines from the voices of women. Suspicion has fallen on Widowland, the run down slums inhabited by childless women over fifty, the lowest caste. These women are known to be mutinous, for they seem to have lost their fear. Before the Leader arrives for the Coronation ceremony, Rose must infiltrate Widowland and find the source of this rebellion.

But as she begins to investigate, she discovers something that could change the protectorate forever, and in the process change herself.

Melliane
So many what if that had happened instead of this :)

VV
It really was