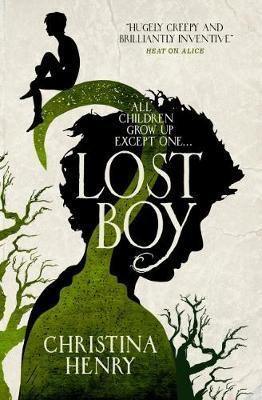 My Thoughts
Wow, Henry made me hate Pan. She even made me look at the original story in another way. It is creepy. Going to get boys for that island. Making those boy fight pirates. Getting new ones as old ones perish. What if those boy leave something behind?

Jamie was the first boy Peter brought to the island. He was happy there but decades went by, and now he is more like a mother to the new ones. And there have been so many new ones. Disease, pirates, animals, each other, they have died to so many things, and Jamie does his best to protect the boys.

While Peter is a flighty thing. Talking about adventures, how fighting is fun and wanting everyone to love him. Ugh, he is so creepy and he only gets creepier.

And yes this is the story of how Captain Hook is born, and I have never understood him better. Pan is a menace.

Conclusion:
It is a brutal book, all told through rose colored lenses until those fall off. It's a great story, and a sad one in a way. Because Peter is a monster hiding behind a smile.

Blurb:
There is one version of my story that everyone knows. And then there is the truth. This is how it happened. How I went from being Peter Pan’s first—and favorite—lost boy to his greatest enemy.
Written By Carole Rae at 6:30 PM

I always felt bad for Hook. He just wants to be a pirate.

He doesn't really have a choice here