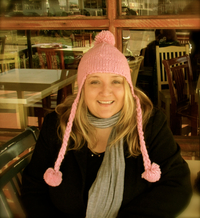 Today, we have a special guest on the blog! May we have a nice warm applause for TF Walsh the author of the new book 'Cloaked in Fur'! She was so sweet to have an interview with me. I simply adore interviews, I really should do more.

Tell me a little about yourself.
Thanks for having me on your blog today.

Well, I was born in Romania and moved to Australia with my family at the age of eight. My dad has always loved writing and is quite well known in Romania, so I guess from an early age I started to show interest in writing. Sure, they were only poems or lyrics, but it was a start☺ It was only when I finished university that I considered trying to write stories. Fast forward many years later, when I was home sick from work that I attacked my first novel, and no looking back from there. Aside from writing, I’m a huge baking fan with snickerdoodles being my all time favorite cookies. I live with hubby and two gorgeous kitties.

Tell me about your book?
Cloaked in Fur is book one in the Wulfkin Legacy series. Here’s a little blurb: As a moonwulf, Daciana never expected to fall in love with a human. Hell, she never imagined that she’d abandon her pack, endanger everyone around her, and break the worst rule possible. But she did. A rogue werewolf is killing Daciana’s friends, and she sets on capturing the creature. She’ll do whatever it takes to stop the beast. The police and her boyfriend, Inspector Connell Lonescu, are starting to question her involvement in the murders, which is endangering the pack’s secret existence. But when the pack alpha kidnaps Connell, revealing the awful truth about the creature and its connection to the pack, Daciana must choose between saving the man she loves and saving her pack family from certain death.

What inspired you to write this book?
I grew up listening to bedtime Romanian stories that could only be compared to the Brothers Grimm tales, and ever since then folklore and mythology has fascinated me. These influences have trickled into my stories, and in particular Cloaked in Fur, which is based in Transylvania—a place seeped in legends. Now, when it comes to love, I’m a sucker for stories about two people from different worlds falling madly in love and fighting against the odds to stay together. This is the story I wanted to tell in Cloaked in Fur; showing how far someone was willing to go to hold onto true love.

Why werewolves?
I grew up watching horror stories, in particular, monster ones. My favorites were the vampire and werewolf stories. Because I wanted to base my book in Romania, I wanted to show the country had legends beyond Dracula, so I went with my next favorite topic. Plus, what I love about werewolves is their hidden nature. Anyone could be a werewolf hiding in his or her human guise. Whether a person's lycanthropy is beyond their control, or whether they maintain their control, when they change, they are equally frightening. Traditionally stories of werewolves were used to inspire fear, but they have since been romanticized in popular culture. In Cloaked in Fur, I wanted to use both of these sides of the werewolf.

What inspired such unique names such as Daciana or Connell?
I did a lot of research for my character names as I wanted them to fit both their location, but also have a deeper meaning. Daciana is derived from the Roman Dacia – a name for the region that is today Moldova in Romania. Stories say the Dacians were originally known as daoi, which means wolf. Connell is from England, and his name just caught my interest… can’t really explain it, but it felt right for my character.

What’s next for all your fans? Maybe a sequel? ;)
The sequel, Cloaked in Secrecy, is set to come out very soon. I’m so excited to be telling Enre’s story. Here’s a teaser: What better way for a pack of wulfkin shifters to hide themselves from the world than right before their eyes performing in a circus.

Thank you so much TF for joining us! I am excited to see what you have in store for us next! 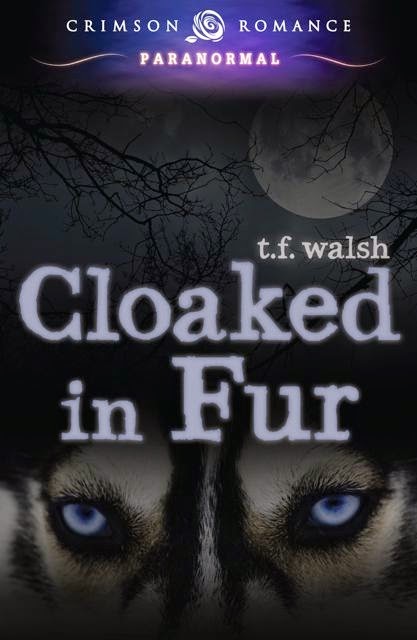 What a pity I am no longer into PNR.

Thank you so much for having me on your blog... loved answering your questions:)