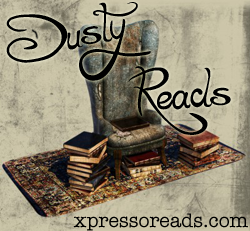 ~This is a weekly meme created by Xpressoreads that showcases books that have been sitting on your shelf for a while and is a little dusty...~
﻿This week, I'll be showcasing Ancient Evenings by Norman Mailer. I've had this on my shelf for...well...a really long time. I bought it a while back at Goodwill. It was not only really cheap, but it was half off too, so it was pretty much nearly free. For some reason I keep dodging this book and avoiding it. Perhaps it's because people either like it or hate it. I'm in love with Ancient Egypt, but I'm very, VERY picky on my reads (and movies) that are set in this time. Have any of you read this? Or even heard about it? 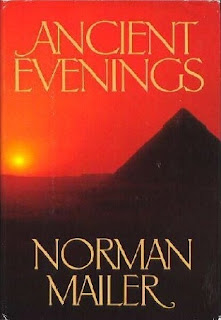 "Ancient Evenings, a dazzlingly rich, deeply evocative novel, recreates the long-lost civilisation of Ancient Egypt. Mailer breathes life into the figures of that era; the eighteenth dynasty Pharaoh Rameses and his wife, Queen Nefertiti; Menenhetet, their creature, lover and victim; and the gods and mortals that surround them in intimate and telepathic communion. His hero, three times reincarnated during the novel, moves in the bright sunlight of white temples, in the exquisite gardens of the royal harem, along the majestic flow of the Nile and in the terrifying clash of battle. An outstanding work of creative imagination, Ancient Evenings displays Mailer's obsession with magic, violence and eroticism and lives on in the mind long after the last page has been turned."
===========================
<3CaroleRae

Great idea. I have a whole shelf full of them!

I love books about Egypt! Its suck that you have yet to read it, so I hope you do soon!

Check out my my Dusty Read?

Carole, its fun. :) Its a reminder of the old books you still have to read.

B, it certainly is. hahahahaha

Renae, I love Egypt too! I'll read it someday. Thanks for stopping by! I'll be sure to come on over. :)