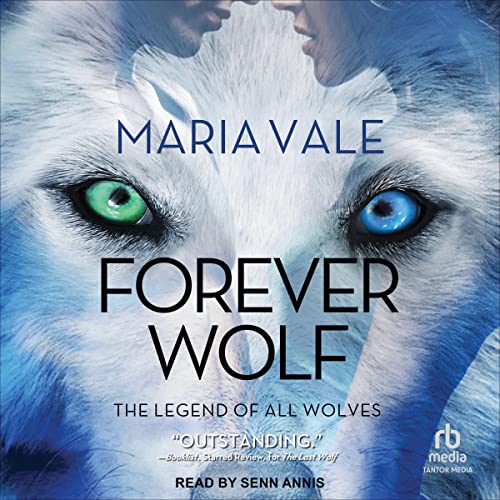 Series: Legend of All Wolves, Book 3

This one was different from the previous two, in those there were some romance, but here, well it is had to explain. She does meet someone, but it feels like they connect on a whole other level. And it is perfect in the end.

Varya is a shielder. No one likes her, but they fear her. At the same time these wolves are having problems. Stupid humans who trespass and shoot them while they are in wolf form (like hello, I am way more scared of bears and wolves). For people have always feared wolves. But Varya protects her people are all costs She was one tough wolf. Then she finds a wounded stranger, alone wolf who does not know what he is. Eyulf. And she feels something she has never felt with anyone.

But most of this story is them trying to stay alive. Humans are encroaching on their land, shifters are after them. And there is infighting, because not everyone appreciate living like this anymore. For the moon to hold that much sway on you.

Oh it was good, but also bittersweet. I wonder how they will make it, it is hard being a wolf in a man's world. I need to know more, I need one more book. And I read the premise right now, seems to be about the alpha.

Great narration. All the feels. I was there in the great north with them all

Legend says his eyes portend the end of the world...or perhaps, the beginning...

Born with one blue eye and one green, Eyulf was abandoned by his pack as an infant and has never understood why, or what he is...

Varya is fiercely loyal to the Great North Pack, which took her in when she was a teenager. While out on patrol, Varya finds Eyulf wounded and starving and saves his life, at great risk to her own.

With old and new enemies threatening the Great North, Varya knows as soon as she sees his eyes that she must keep Eyulf hidden away from the superstitious wolves who would doom them both. Until the day they must fight to the death for the Pack's survival, side by side and heart to heart...

I am curious about this.

Melliane
They are good :)

I have no idea why I haven't read her books yet. This one sounds really good.