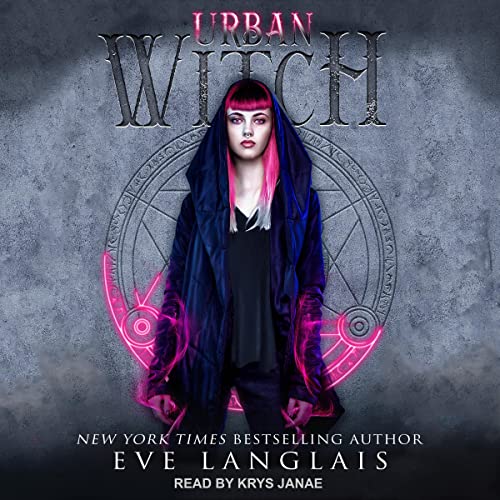 Fae was, well how to put this...rather nasty, a real piece of work. Foulmouthed, quick to conclusions, aggressive, a raging alcoholic, drug uses. Only thinking of herself. F everyone else. Even after having died for a seco,nd she is her nasty self. But, things change.

Is the lack of drugs and drinks making her see freaky beings? Why are they calling her a witch?! Yes, somehow she turned into a witch, and when she is at her last resort, she accepts help and guidance and begin to calm down and accept her new powers. I even like her at the end.

Also, that one thing in the end, I am really curios. I hope there will be more so I can understand who granted her these powers.

I liked it. It was short, fast paced and kept throwing punches at her.

Good narration. It would not be easy voicing Fae, she is a woman of many faces. And you could really hear the change in Fae as the story progressed

Who knew a person could almost die from drinking? I found out the hard way when I woke up in a hospital and a nurse informed me I was legally dead for a few minutes. Shocking, but not as much as the fact I returned different. I can see things, but it’s what I can do that has people interested in me.

There’s Sonja, a strange woman with powers who appoints herself my teacher. Anakin, the mysterious and super hot dude, who owns a pastry shop of all things catering to weird folk. Leslie, my furry-tailed coworker and only friend.

And then there’s the bad guys determined to get their grubby hands on me.

I’m not special. Just a woman trying to clean up her life and actually plan for a future. Will I have time to atone for my many sins before my luck runs out?

Kuddos to that narrator!! :D

I was on a Langlais roll this week