Blodeuedd is in red and Carole is in purple. 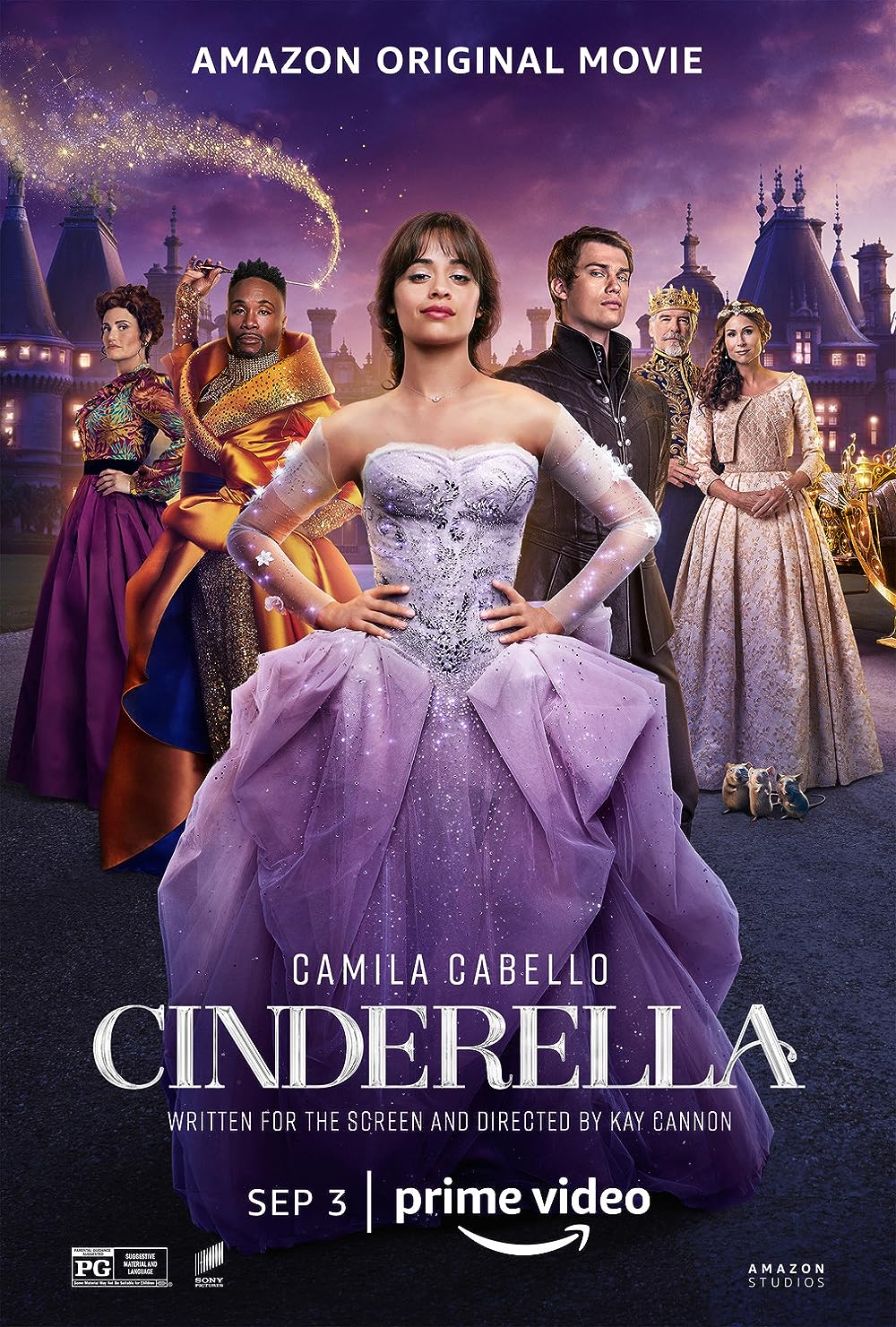 DISCUSSION:
Newest Cinderella movie, yup had to give it a try
Yessss this was a must-try.
Though from watching pre-views I was all srsly? And yes they sure mixed clothes and things, pretty sure I saw a plastic something once too. But I guess that is how we roll these days
OMG, the power tools at the beginning had me laughing out loud. This was for sure a fantasy town. No cars...horse/buggies, but they had power tools. Weird world.
Oh yes, the power tools were insane. And then the princess talked about wind power, hey you peeps already got power tools, you have to have some power ;) Lol
Yaaa this world made no sense at all BUT it oddly made sense. I kept thinking this was just some dreamland or something. IDK. Very weird, but I kinda liked the silliness of it.
Ohhh, that makes sense. It was all a dream. Damn, I want this dream! Singing, meeting a prince, hell yeah
Same!!!! Esp with the song choices. It’s like a mom fell asleep watching the original Cinderella with their kid or something. The songs were for sure classic songs. I think a couple of originals, but mainly songs we all know. Like the one by Queen.
Excellent song choices. I am team Dream now for sure. I am not the biggest musical fan, but I liked it here, and the best thing was, town crier guy on the bridge? Or whatever he was
Yesss him and his band. He was excellent. I loved our Godmother too. That whole scene had me smiling and laughing. Our Ella and the Godmother were hilarious together. And those mice!? Best scene in the movie methinks.
Yes, the mice rocked it :D I also liked how the stepmom and sisters weren’t totally bitches. I know I know, not nice, but not total bitches. They had redeeming qualities.
At first, I was meh about the mice and they didn’t really seem to add anything...until that scene. Love them! And agreed. I like how the stepmom and sisters were not nice and kinda mean, but they had redeeming qualities. I honestly think the stepmom cared a tiny bit. She wanted Ella married off and supported and not follow silly dreams. I think Ella reminded her of her younger self so there was some resentment there.
Totally, she was practical. A woman could not start a shop. Getting married would have you protected. So yes I think she cared too.
I don’t wanna give spoilers, but there was the scene where the stepmom was all “YES ELLA!!! I SUPPORT YOU!” (the scene where Ella was in bed depressed). I thought that was really sweet but then Ella said no.
Agreed. I liked this more than other ones, the whole mean thing is so strange at times. This was more hopeful. I needed that.
TBH I did not watch the live-action remake but remembering the old original one the step mom was just a monster for NO reason. She just wanted a slave. In this version, the step mom wants Ella be well-trained and run a household and be married off. Sure she could’ve been nicer and let her come to the ball. But she does redeem herself sorta later on. I liked this dynamic and these versions of the character better. Ella is NOT perfect either by any means. Same with Prince Charming. He was a bad boy who didn't want the throne. I liked these characters.
I do get why she said no, Ella was pretty, much so than her own daughters. They would not stand a chance, so sorry Ella. Not nice at all. But yes she tries later on. And they all had their imperfections. I still do not believe these two will live happily ever after though, I will stand by that. They will be together for a few years, break up, and find other people and be happy. But that is life
LOLLL and the stepsisters KNEW they didn’t stand a chance when Ella came out in that original dress because she thought she was going. The bigger sister was all “WELP….we don’t stand a chance….why bother even goin!” hahaha. And yesss….I don’t think they will last. I think Ella is too selfish to want to settle down anytime soon. I think the Prince will wanna get married and have babies soon-ish.
I think so too. I can take it :) Anything more? I need to go the sauna ;) it has been ready for a while
This was cute with some good songs. SUPER DUPER CHEESY….but fun. That’s all I got!! Glad we watched it!
A good movie :) Cheesy is good at times. Ok, gotta go now!
Have fun! Imma take a nap! See ya next time!
Written By Carole Rae at 6:30 PM