Stumbled upon this short story series while I was prepping to get my butt outside to start staining our deck. I downloaded all 8 of these short stories from Audible. What is fun about these is that you can read or listen to them all out of order. They don't tie into each other. These are about 8 different women. 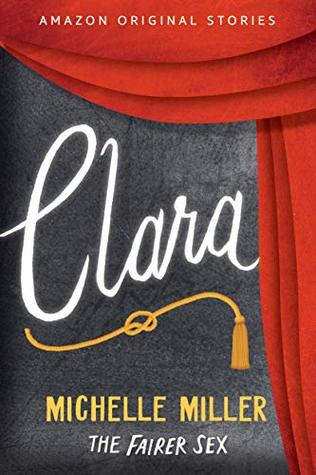 Narrator: Samara Naeymi
Title: Clara
Genre: Chick Lit, Short Stories, & Humor
Published: February 14th 2019
Summary:
A young novelist trapped in a bad relationship takes the first step toward true pleasure and tenderness…but does she have the courage to be swept off her feet?
It doesn’t matter how many people read and like her new book, there’s only one man’s opinion that matters to Clara…or at least that’s what she thinks. But when a chance encounter at a film premiere introduces her to someone new—someone who understands her in a way the first man can’t—Clara finally discovers the validation she really wants and needs.
Review:
We now have Clara. She is a young novelist trapped in a bad relationship. She has a chance to get away and stand on her own...will she find the courage to do so?
I had NO idea what was going on with Clara. Every two seconds something crazy was happening and a new reveal happening. The smexy scene in the back of the theater threw me for a loop. This was all so unrealistic though.
And then that ending. Woah. Good for you Clara. I'm glad you got the courage. I was hoping she would.
I'll give this 4 stars.
Narrator: Samara Naeymi 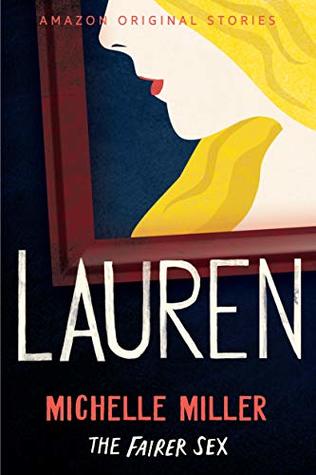 Title: Lauren
Genre: Chick Lit, Short Stories, & Humor
Published: February 14th 2019
Summary:
The dysfunctional relationship between a rising Manhattan gallery owner and her mother spirals out of control in a harrowing and unflinchingly honest short story of inheritance, sabotage, and the pressure to excel.
Lauren is angry enough that her mother couldn’t find time to show up to the opening of her new art gallery. But when she gets home and discovers the gift her mother has sent instead, Lauren comes undone in the face of a temptation that will push her to the edge, closer to her demons and the bitter taste of a mother’s love.
Review:
Lauren is a rising Manhattan gallery owner who has a very dysfunctional relationship with her mother. Her mother couldn't be bothered to show up the opening and sends her a gift instead. Lauren comes undone and goes toe-to-toe with her inner demons
This was sad. Horribly sad. I hated how it ended. Lauren deserves to lover herself, but we were left with Lauren harming herself and then just hiding behind her mask again. It left a bad taste in my mouth. Maybe she is done with her mother now???? I hope so.
2 stars from me. 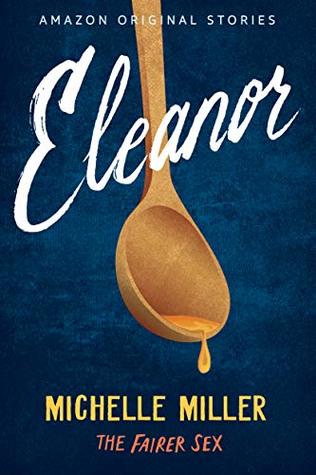 Narrator: Samara Naeymi
Title: Eleanor
Genre: Chick Lit, Short Stories, & Humor
Published: February 14th 2019
Summary:
Dinner is served—with a little something on the side. A Brooklyn wife is too sharp to allow her husband’s wandering eye to get the best of her in this witty short story of a dinner party with a delicious comeuppance.
Eleanor and Jonathan have joined a few of their most irritating best friends for an intimate catered gathering. Through all the intellectual chatter, Eleanor’s on watch. Jonathan has already confessed to wanting an open marriage, and tonight, Eleanor has decided to accommodate him. Just not quite the way he expects.
Review:
Next is Eleanor. She is a Brooklyn wife who's husband wants to have an open marriage because of his success in life. The two go to an intimate gathering with some of their "best friends" for dinner and conversation. Something happens and Eleanor is about to accommodate him....but not in the way he expects.
This was great. Probably my favorite of the collection.
You GO GIRL! I hope she divorces him and takes all his money. What an asshat....he only wants an open marriage because others in his field are all single and they are getting all the ladies. HOW on FAIR that he is STUCK with his wife. Grrr.
Sighs. One has to love a good revenge tale ;)
5 stars of course. 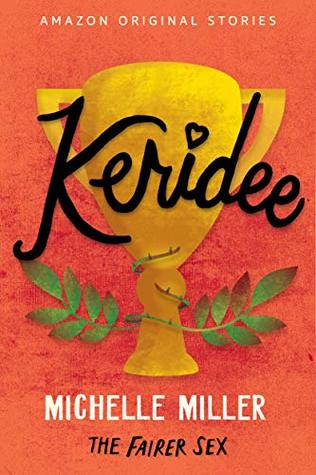 Narrator: Samara Naeymi
Title: Keridee
Genre: Chick Lit, Short Stories, & Humor
Published: February 14th 2019
Summary:
A small-town waitress, awestruck by dreams of a bigger world, looks forward to the biggest break of a budding career in this darkly comic short tale of what happens when innocence collides with cynicism.
Eighteen-year-old Keridee is done with high school, her cheating boyfriend, her jealous friends, and Nowhere, Florida. She’s determined to do something with her life, and her small-time modeling agent has already scored her a gig. She’s working an event for a billionaire real estate mogul who happens to own a huge modeling agency. What if he’s dazzled by her smile and makes her a star? What if the impossible actually happens?
Review:
This is the last one! Last, but not least, is Keridee. She has just finished High school. Everything seems to be falling apart until she gets a really good modeling gig. She's working an event for a billionaire real estate mogul who happens to also own a huge modeling agency. What if she can dazzle him and make a name for herself?
I had high hopes for this one. I really wanted Keridee to succeed and thumb her nose at her lame ex and shitty friends...but alas...this did not end great. I won't spoil it, but I was bummed. I needed more story. What did she do next? What happened? Too open-ended.
I'll give this 2 stars.
Challenge(s):- #56, 57, 58, & 59 for Audiobook challenge
Written By Carole Rae at 6:30 PM

Oh it looks good in a whole. Too bas for the last one though

Ya there was only a couple bad ones.