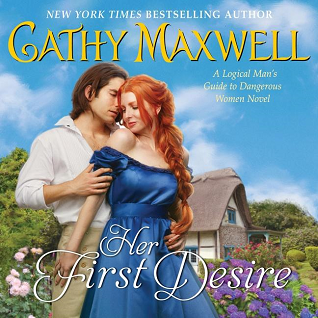 Excellent narration by Justine Eyre, she is after all one of my favorite narrators. Her male and female voices are done well, and I always know who is speaking. She gets a book going.

Gemma had a bad marriage, is staying with her asshat BIL, and just wants out. Then she gets a letter from her uncle and off she goes. Yes ugh her inlaws, you are better without them. She finds a rundown tavern and decides to make it into something new. The little town is filled with scary matrons, but if you have them on your side then you are golden.

I liked Gemma, she wanted more, and she is determined to get it. And she can get mad too, oh that was funny, you will see.

Ned on the other hand, oh he was stiff and proper. He has also been courting someone for 2 years cos the matrons told him to. The girl is bored by him, but she wants a new life too. Yes that point was a bit tricky. But they care nothing for each other...He is engaged to someone, and obvi sparks will fly between him and Gemma. Well first they will hate each other, but then sparks will fly. Still I have to see it this way, he would be a totally unfeeling husband who would forget that his wife is alive when he is studying, and his wife would be miserable because he would never love her. She deserves better (and will probably find love in book 3.) Because Ned needed someone like Gemma, who told him he is an idiot and argued with him.

I liked the story (but the matrons were scary, lol.) I do wonder about the next book, the couple seem so unlikely, but that will fun to see.

She arrived in town, beautiful and bold and declaring that she’s inherited property that he has already claimed! As a member of the local Logical Men’s Society, Ned Thurlowe prides himself on thinking clearly and calmly at all times. And it’s clear that the meeting place of the society—a local tavern—is his even if the men have turned it to shambles.

But Ned’s claim is challenged by Gemma Estep, who’s announced she’s decided to turn it into some sort of respectable tea garden for the local ladies. Ned challenges Gemma, and in doing so, behaves most illogically, for though he wants to dismiss her, he also can’t help but desire her.

Gemma has had enough of men telling her what to do, and she’s vowed to make her own way in the world. And Ned Thurlowe is ruining her plans. Not only has he laid claim to her property, pitting them in a heated fight for its ownership, he’s also arousing in her feelings she’s never sensed before.

And although they argue, they quickly discover they have more in common than they’d each ever dreamed—could their disagreement be turning into desire?