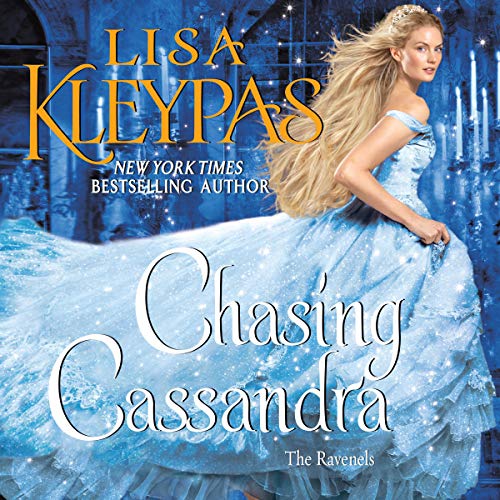 Narration
The narrator was great. She is perfect for his rom. Her voices are great and she made me fall into this world and I did not want to leave.

Severin, omg, did I actually read somewhere that she described him as a socipath...ok. Well, I mean he is weird. Not in contact with his feelings, he is logical, smart, ruthless. He is not lovable. Why did I then like him? Mostly cos he liked Cassandra. He fell for her, he then avoided her because damn it, feelings! Feelings are evil. He doesn't want feelings.

Did I like the plot with the kid? I mean in a way, in another way not, it was like trying to make him human.

Cassandra then, she was a sweet whirlwind who wanted a loving husband, a home in the country and peace. I liked her at once.

So, yes she wants one thing, he wants another thing. They are not made to be.

The drama there is was good. Sometimes it just feels silly you know, but here it makes sense.

Cover
I have forgotten to talk about covers, and this one is pretty. But that is not Cassandra, she is just more

Railway magnate Tom Severin is wealthy and powerful enough to satisfy any desire as soon as it arises. Anything - or anyone - is his for the asking. It should be simple to find the perfect wife - and from his first glimpse of Lady Cassandra Ravenel, he’s determined to have her. But the beautiful and quick-witted Cassandra is equally determined to marry for love - the one thing he can’t give.

Severin is the most compelling and attractive man Cassandra has ever met, even if his heart is frozen. But she has no interest in living in the fast-paced world of a ruthless man who always plays to win.

When a newfound enemy nearly destroys Cassandra’s reputation, Severin seizes the opportunity he’s been waiting for. As always, he gets what he wants - or does he? There’s one lesson Tom Severin has yet to learn from his new bride:

The chase for Cassandra’s hand may be over. But the chase for her heart has only just begun....
Written By Carole Rae at 6:30 PM

"a sweet whirlwind" awww love it

I need to try her books. THanks!

*looking at posts from 4 days*
I am behiiiind!