Blodeuedd's Monday Review: The Book of Summers by Emylia Hall 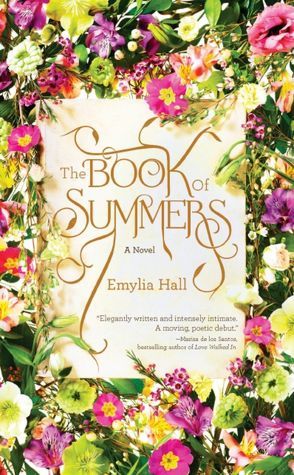 For nine-year-old Beth Lowe, it should have been a magical summer-sun-kissed days lounging in rickety deck chairs, nights gathered around the fire. But what begins as an innocent vacation to Hungary ends with the devastating separation of her parents. Beth and her father return home alone, leaving her mother, Marika, behind.

Over the next seven summers, Beth walks a tightrope between worlds, fleeing her quiet home and distant father to bask in the intoxicating Hungarian countryside with Marika. It is during these enthralling summers that Beth comes to life and learns to love. But at sixteen, she uncovers a life-shattering secret, bringing her sacred summers with Marika abruptly to an end.

Now, years later, Beth receives a package containing a scrapbook, a haunting record of a time long forgotten. Suddenly, she is swept back to the world she left behind, forced to confront the betrayal that destroyed her-and to search her heart for forgiveness.

My thoughts:
This was a beautifully written book. It got me hooked with its language and style, and I could not put it down.

I want to say so many pretty things, but I am at a loss for words so... it was great prose. Done!

Beth gets a book from her mother in Hungary, and we learn what happened, why she stopped going there at 16. Each beautiful summer from 10 to 16 is told, and it makes it sounds like a magical happy place filled with sunshine and laughter.

But something went wrong, why does she still think about it 14 years afterwards? She was torn between the love of her father and their English home and those wonderful weeks every summer abroad. There is first love and well sunshine. It made me long for summer again.

Conclusion;
A wonderful book. I do recommend it.

Oh that nice and I didn't even know about it