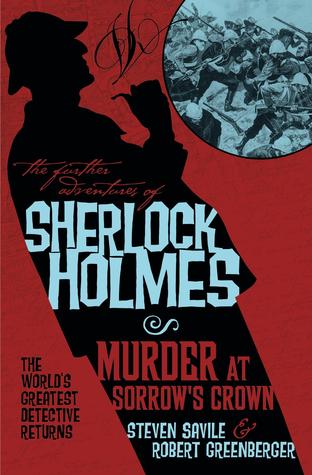 It is July 1881, and a frantic mother comes to 221B Baker Street, begging Sherlock Holmes to find her son. A naval officer posted to HMS Dido, he was part of the Naval Brigade that joined the Natal Field Force to fight the Boers. But he did not return with his men, and is being denounced as a deserter.

So begins a twisting tale of assassination, diamond mines and military cover-ups. Can Holmes and Watson uncover the truth, a truth that threatens the very fabric of the British Empire?


My thoughts:
You know what, I have actually never read a book about Sherlock Holmes. Ok one, but let us not count the monster one. There might have been another mashup too.

I imagine you know about Sherlock Holmes, if not, then you are kind of living under a rock. I am not gonna explain him. He is eccentric, to say the least.

And then there is Watson, and they do compliment each other so well.

This mystery is about a mother wanting answers. And they dig deep and it gets complicated. There is the Boer war, political intrigues and conspiracies. All while trying to find out what happened to a soldier...

I enjoyed the book. It was light, there were a good mystery and Holmes and Watson is quite the pair.

Oh that Watson...and them two together...