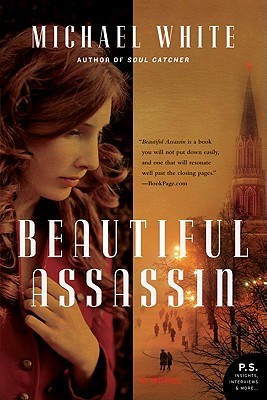 BLURB: World War II seems lost for the beleaguered Soviets as they struggle to hold back the rising German tide at Sevastopol. But a fearless female sniper inspires hope during her nation's darkest hour. Word of the extraordinary Soviet heroine, Tat'yana Levchenko, reaches American First Lady Eleanor Roosevelt, who invites the beautiful assassin to tour the United States with her. For the Russians, Tat'yana's visit is an opportunity to gain support and valuable U.S. intelligence. But Tat'yana knows she is a pawn in a deadly game of treachery and deceit, forced to question the motivations of everyone around her . . . even the dashing and sympathetic American captain assigned as her translator. And then, as suddenly as she rose to international fame, Tat'yana vanishes without a trace.
Her strange disappearance will remain a mystery for decades—until a determined journalist stumbles across Tat'yana's story . . . and uncovers the astonishing truth.

GIVEAWAY:
1 Paperback copy of 'Beautiful Assassin' by Michael White in honor of Spring! :D There will be another giveaway for a different book at the beginning of May! SO keep your eyes open for that one as well.

*Only a follower of the blog will be picked. IF you want a chance to win, just become a follower OR subscribe

I am in :)
Do I have to leave my email, you could find me you know, arghh ok

This promises to be a fabulous read. Thank you.

Oh I'm curious about this one so thanks for the giveaway!!!

Thanks for the chance :)
celeste_257@hotmail.com

Thanks everyone!!! The winner will get their email within the next 15 mins. :)