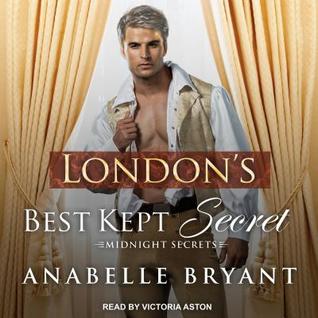 My Thoughts
Was Jeremy the smartest of men? Well, yes and no. He was a genius when it came to money. But when it came to love *groans* Not so much. He had a master plan to woe his wife, but, sigh, poor guy was not that good with women. It was both amusing and sad.

Jeremy and Charlotte has been married for almost a year. They are strangers that never interact. He has a secret to why they married and he is afraid it will ruin it all so he avoids her. But as you can guess that already ruined things. Charlotte is sweet and wonders why he never come to her. She wants love and a family. He wants a wife. Someone needs to hit them over the head, lock them in a room together and make them talk and fall in love.

The secret was actually kind of bad, I would have been upset, but at the same time it was all with good intentions.

There is a second plot too that felt really strange. It had the implications of being a huge scandal, but it was brushed aside. I also felt that it built so much that I wondered why the story was not told, I hope that it might be because a future book will delve into it cos then the couple will have a lot to forgive. Scandal!

These two have a lot to work through, but they find each other, they find love, there are secrets and scandal brewing.

Narration
I have listened to her many times before and I always enjoy her narrating historical romance. She does the men and women well. All have distinct voices and it feels right for the era.
She is always good listening at and brings the drama and romance

In monetary matters, Jeremy Lockhart, Viscount Dearing, is used to being in control, but from his first sight of Lady Charlotte, his carefully cultivated world is rocked to its foundations. Determined to best her other, more eligible suitors, he goes to great lengths to ensure his betrothal to Charlotte. A locked black leather box holds the dark secret that has assured his success. Innocent Lady Charlotte is baffled by her fiance's behavior. Why does Lord Dearing seem so distant one day, and so attentive the next? Her family's dire financial straits did not allow her the luxury of an extended courtship. If only she could entice him into the marriage bed! When at last Charlotte's efforts are rewarded, she revels in Jeremy's unexpectedly bold possessiveness. But outside of their bedchambers, her groom's guardedness quickly returns. Passion is no longer enough for sweet Charlotte, who vows to unlock the mystery of this complicated man. The truth, however, might be more than her principled heart is prepared to handle . . .
Written By Carole Rae at 6:30 PM

At least the secret he kept was bad enough to be worth being a secret. But, LOL, smart with money definitely doesn't mean being smart with love. Sounds like a good story.

Sophia
A secret worth protecting!
And yes I liked that he was not good at everything