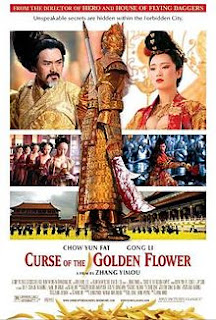 Curse of the Golden Flower is based of the play 'Thunderstorm' created by Cao Yu, which is loosely based of historical fact. I usually give my own little summary of the movie, but I just can't for this one. I tried and tried and it just....didn't sound right, so I'm just going to use the one by Sony Pictures Classic, because their's is SO much better than anything I can come with right now:

"China, Later Tang Dynasty, 10th Century. On the eve of the Chong Yang Festival, golden flowers fill the Imperial Palace. The Emperor returns unexpectedly with his second son, Prince Jai. His pretext is to celebrate the holiday with his family, but given the chilled relations between the Emperor and the ailing Empress, this seems disingenuous. For many years, the Empress and Crown Prince Wan, her stepson, have had an illicit liaison. Feeling trapped, Prince Wan dreams of escaping the palace with his secret love Chan (Li Man), the Imperial Doctor's daughter. Meanwhile, Prince Jai, the faithful son, grows worried over the Empress's health and her obsession with golden chrysanthemums. Could she be headed down an ominous path? The Emperor harbors equally clandestine plans; the Imperial Doctor (Ni Dahong) is the only one privy to his machinations..."

Well, there were a couple people I recognized. Yun-Fat Chow (Pirates of the Caribbean: At World's End, Crouching Tiger Hidden Dragon) played the cold Emperor Ping, Gong Li (Miami Vice, 2046) as the lovely but sickly Empress Phoenix, Jay Chou (The Green Hornet) as the yummy Prince Jai, and Ye Liu (City of Life and Death) as the poor Crown Prince Wan.

When this finally came in for me at the Library, I was soooooo excited, but I had so much homework to do before Thursday, so I had to put it away and bid my time. Well, the wait was well worth it. I really enjoyed this movie! My mom even joined me when I told that her what the movie was about. She, like me, enjoys a little bit of intrigue and "family trouble".

I really loved how Yimou Zhang presented the story. At first you're confused and not sure whats going on, but as the movie goes along more and more is told. I felt like I was a servant catching glimpses on the events going on. It kept me on the edge of my seat and I was DYING to know what was going to happen next.

I was rooting for the Empress and Prince Jai the whole time, because the Emperor was a jerk...to say the least. But I just wanted to bang my head on the coffee table, because there was an easy solution right in front of their faces, but I think the anger and hurt each family member held tore apart the family. Sometimes I wish I could be transported into the story and shake some sense into some characters.

I loved the dialogue and especially the costumes! They costume designers did a FANTASTIC job, because I kept 'awing' at the gorgeous dresses and hairstyles (which is a different department). I even really liked the men's robes and hairstyles. I also really loved the set and the color choices. I felt that the bright colors really contradicted the dark mood in the plot. I found that very clever of the set designers and etc. Generally movie set designers like to pick colors that follow the mood of the plot, but I enjoyed this little shake-up.

There are a million things I liked about this film, but there were a few things that...well...I didn't like that much. The biggest thing was some overly dramatic parts. OK, some parts deserved a very strong emotionally outbreak, but sometimes...no. For example, *SPOILER* when Chan found out Prince Wen was her half-brother, she FREAKED OUT! Her and her mother went through all that trouble to get the palace with the Emperor's ninjas after them and then when she freaked out, she went screaming out of the palace and the ninjas were waiting for her. Really? Ok, I grant that I would FREAK out too if I found out I was "sleeping" with my half-brother, but really?*END OF SPOILER* And there were similar scenes that were a "c'mon, really?" moment.

The other thing I didn't like was the ending. I felt like they left a lot on resolved. Maybe they should have given a quick epilogue, like most movies do. When the credits began to roll, I still had a lot of questions that weren't answered! I was pretty upset about that and about *SPOILER* my favorite character dying....AGAIN. Why do I get attached to characters? Oh well*SPOILER ENDED*.

Besides for the ending and some overly dramatic scenes, I really liked this movie. I personally believe that this movie was pretty epic. The drama, action, romance, and cute princes has something for everyone. ^.^ Well, out of five stars I grant this one......4 stars! In all reality it's 4.4, but I don't give decimals.

Would I re-watch?:
More then likely.


Favorite Character(s): Empress Phoenix (I felt so bad for her and I thought she was pretty nefty) and Prince Jai (he's honorable, loves his Mama, tough, cute, sexy, and all around a good guy)
Not-so Favorite Character(s): Emperor Ping (he's a butt) and Chan (a dummy, simple as that)
Quote(s) That Stuck With Me: Emperor Ping, "What I do not give, you must never take by force." 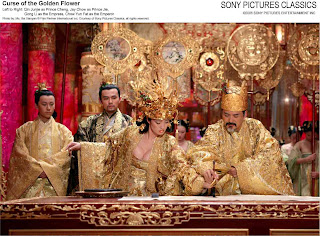 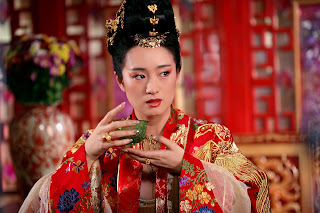 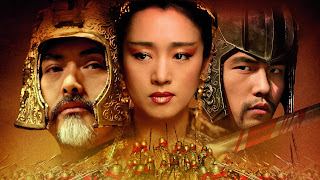 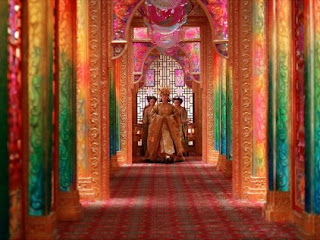 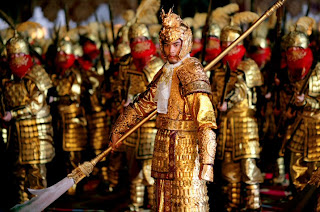 She is so pretty and makes reminder as if a Sharp knife wrapped in a sweet musk silk.Which has love and passion both and complemented with eye catching beauty.Quote of the Week a place to get all up dated Quots.

Film Reviews, wow. That's pretty. Thanks for stopping by and giving me a good place to read quotes. =)

I must watch it soon as I do have it :D And those pics are so pretty

Feel free to surf to my weblog; parajumpers nettbutikk